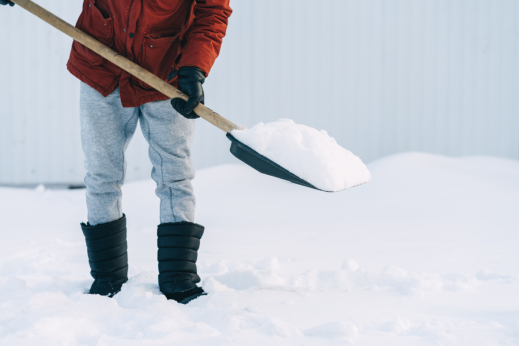 Besides the fun winter activities and holiday excitement, there is one more thing that adds joy to children this New Year – the snow. For children, snow gives them so much bliss. They love playing with it, scrunching it, making snowballs, and building a snowman. At Creative Minds Preschool of Youngsville, a Preschool in Youngsville, Louisiana, we stress a great importance in learning. We try to start to nurture learning for children as the New Year begins. Truly, children love the snow. But isn’t it more fun if they learn some facts about it?

How is snow made?

Snow starts as little vapors in the air. When the temperature is low, these vapors freeze and form ice crystals. These crystals or soft flakes fall down as snow. When we get a really heavy amount of snowfall, it is called a snowstorm.

Snow is fun to play with. But it reflects a high level of UV radiation which can cause snow blindness or photokeratitis. Apart from that, snow can also lower visibility which promotes unfavorable driving condition. Blizzards can also happen during an extreme snowy season. It is a condition when a snowstorm is accompanied by strong winds, which can be quite unsafe.

When was the highest snowfall recorded?

The highest snowfall recorded in one year period was between February 19, 1971, and February 18, 1972. The snow was 1,224 inches which occurred at Mount Rainier, Washington State, USA.

What is the world’s largest snowflake?

According to the Guinness Book of Records, the world’s largest snowflake was 8 inches thick and was found at Fort Keogh, Montana, USA, on January 28, 1887.

Interesting, right? So children, the next time you visit the daycare, you now have fascinating snow facts to tell to your classmates!

This entry was posted in Snow Facts and tagged Childcare, Preschool, Snow, snowfall. Bookmark the permalink. We serve the areas of Youngsville and all surrounding areas.